With the Football Manager winter update approaching in the coming weeks, and some saves going a little stale, I thought it would be a perfect opportunity to suggest some ‘alternative teams to manage on Football Manager’.

In this particular list I have chosen teams that aren’t in the biggest leagues, and more lower league standard. Every club has a unique selling point, some for their history, some for the decline in recent years and other clubs for many different reasons.

An Italian club that had a moment of madness with back to back relegation and a nine point deduction look like they are ready to climb the Italian ladder.

Unfortunately, last year they missed out on winning the playoff’s which would have seen them promoted to Serie B. This could be the season where they get promotion, with you in charge. With a mixed team of younger players, loanee’s and ageing players, is it time to create a particular philosophy which will be beneficial for the long term future of Catania?

Andrea Vassallo appears to be the club’s key player, but he is only on loan. A boost in club reputation with promotion could really sway a transfer in your favour. It could even open an increasing talent pool once promotion is secure.

Three time Bundesliga winners, FC Koln have recently been relegated to the second division in Germany. The club boast a very talented squad with experience and two fantastic youngsters who you could base your team around. The two players are 18 year old, central defender, Yann-Aurel Bisseck and 19 year old, Nikolas Nartey who plays central midfield.

With a talented squad at your disposal and an opportunity to get back in to the Bundesliga, I believe this challenge will offer a long term project as well as short term fixes so the mistakes made last season are not replicated.

I think one of the hardest challenges will be to keep some of the key players if you fail to get promoted. If you do get promoted, it will be a challenge to stay up. Good luck!

A University team? Seems fun, but with the inability to turn professional or semi-professional, will this prevent Cardiff MET from growing? This is one of the teams to manage on Football Manager. Taking over this club situated at Cardiff Metropolitan University will be an increase in difficulty. Any club has the ability to sign your players and you will become powerless to stop the moves.

In the last season 17/18 the Archers missed out on a chance to play in Europe by a 1-0 loss to Bangor. Now is your chance to get them in to Europe and see how you compete with semi and professional clubs.

In real life Cardiff MET sit top of the B group in the Welsh Premier League, after narrowly missing out on the A group and a chance to compete in Europe next season. Could you qualify for continental football and try and boost the clubs reputation?

After being relegated from Scottish League One last year and struggling this season, is it time for a new virtual manager?

The Spiders have full ownership of Hampden Park, but it seems a waste that a small club has such a big stadium. Why not play as Queen’s Park and try and climb the Scottish Football ladder and really make the international stadium one to be feared. Although in 2020 the SFA will have full ownership and Little Hampden will be improved to host Queens Park, there is still time to develop the club and increase finances to aid this process.

The stadium holds 51,866 however there are an average of 750 spectators at the game. Could you bring a sell out crowd to Hampden, as if it was hosting an International fixture?

Another German team, but this time a struggling team. Dresden are completely different to the previous mentioned FC Koln for several reasons. I believe this to be a bigger challenge for a long save, turning Dynamo Dresden into a force again.

During the 70’s and 80’s Dynamo Dresden were one of Germany’s biggest clubs. Competing in European trophies almost every year, but in recent years they seem to have lost their way and not really stabilised.

After winning the third division back in the 2015/16 season, Dresden have failed to get back in to the Bundesliga. This could be a challenge for you, working with limited resources and creating a new history which replicates club’s former glory.

Following a move to a professional status in 2016, Harrogate Town won promotion to the National League North last season, scoring 100 goals along the way. They were forced to qualify through the play-offs, missing out on top spot to Salford City.

Harrogate surprised a lot of pundits by starting this season incredibly well, and were top of the league by Gameweek 11. However they have since fallen away. Could you be the manager to take them towards the promised land of the Premier League.

This will be a much longer save, and it will take a lot of effort to get the club structured properly to attempt a run at the Premier League. If you’re after a long rewarding save in the English leagues this is perfect. This is why it’s included in the teams to manage on Football Manager 2019.

The smallest of three clubs in Madeira, behind National and Maritimo. União currently play in Portugal’s third tier. They played in the Primera Division as recently as 2016, but after two relegation’s in three seasons they have fallen well behind their cross town rivals. Could you be the one to get them back to the top?

This is definitely a longer save, but the rewards could be great, establishing dominance across Madeira, then pushing to break the historic big three of Portugal; Benfica, Porto and Sporting.

A favourite amongst FM players, Sparta Rotterdam were relegated last season to Holland’s second division. One of the oldest clubs in the Netherlands, Sparta have won 6 National Titles all before 1960. Sparta’s kit is based on Sunderland’s, the Dutch side visiting a game in 1899 and adopting their colours.

Sharing their city with Feyenoord, Sparta have long been in their shadow. Could you be the manager to establish regional and national dominance? While it would only take a year or two to gain promotion, a longer save could see you become a dominant force in the Eredivisie and an attempt to challenge across Europe. 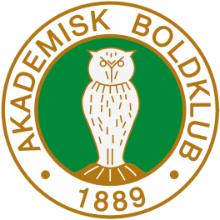 The Danish second division club have a history of success, but have fell short in recent years. With problems off the field causing the team to suffer, the semi-professional club are needing a lift back to their former glory days.

The club was last in the Superligaen back in the 2003/04 season and have since failed to climb back up. With some off the field development of the club and on-field results, the club can rise again.

The last time AB won the first division was back in 1967 and haven’t really regained their stand in the first division. A recent relegation has put the club further down the Danish football ladder and in to the third tier. With a strong history of former glory, can you return this fallen club back to success?

I hope you enjoyed this write up of 10 alternative teams to manage on Football Manager 2019. I believe I have covered quite a few areas, with all clubs having different levels of experience, professional status and most importantly a big challenge.

Make sure you follow us on our social media platforms and let us know if this guide has helped you: